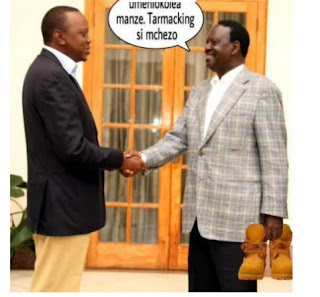 Cord leader was this week pictured with a pair of shoes .For a normal person…..
READ more  WILLY PAUL GOES VIRAL ON PASTOR KANYARI

Hard Times! See what a man was caught doing in a toilet at Holy Family Basilica Church.

A middle aged man was allegedly found stealing a pipe and a toilet sink from Holy Family Basilica church in Nairobi on Friday. Alex Keya was caught by a guard while pretending to be using the toilets. Appearing before Senior Principal Magistrate Elena Nderitu, Keya asked the court to pardon him, saying  he was only […]

SHIKO MATHERI SPEAKS FASHION LUNGULA AND WHY SOCIALITES ARE LAME

She has to be the prettiest babe on showbizever, the fashion savvy girl who goes by thename- the young East African  Shawty! She isdefinitely going places, after being a kid Tvhost at Citizen Tv, graduating to a party hostessat Changes, then the Santa Fe, the young East African Shawty has her eyes set on the […]

‘Bado unakula mbwa…? VIDEO Days after it was professedly reported that just Mike Sonko and Raphael Tuju were the main dark individuals permitted to visit the bigot Chinese inn after 5.00 pm, a feature of the Nairobi Senator interestingly grilling a Chinese man who resembles a culinary specialist, has surfaced on online networking.  Mike Sonko, […]