THE GRAND TOUR viewers have been patiently awaiting the next step in the show’s fourth season, which will see them venturing to Madagascar in another display of their hilarious and informative antics. Despite this, it has now been revealed why the show was delayed in the first place, as Jeremy Clarkson gave an update to the health of his producer, Andy Wilman.

The Grand Tour fans enjoyed the first episode of season four when it arrived on Amazon Prime Video last year. After almost a year of the show being off-air, viewers welcomed the first instance of season four’s new format, in the form of Seamen, which pitted Jeremy Clarkson, James May, and Richard Hammond on the fragile seas.

This puntastic show saw the trio venturing through Vietnam on boats, while delving into a bit of the country’s history.

READ more  Jeremy Clarkson marked 'squandered lifeline' on Who Wants To Be A Millionaire? after epic fail

Despite how much the viewership of the show enjoyed its return, it didn’t take long before they were looking for more content. 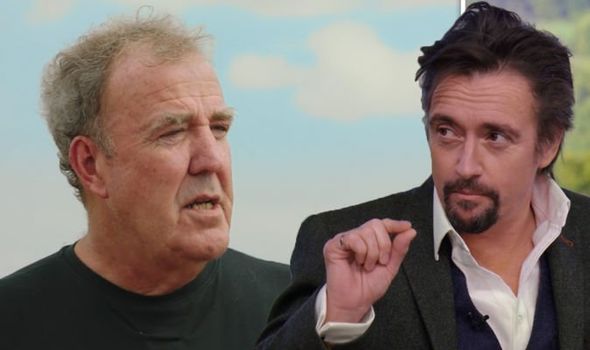 Shortly after episode one, it was announced the second episode would be taking place in Madagascar, and would also contain a number of unbelievable antics.

However, during an online pub quiz with Drive Tribe, Jeremy recently revealed what was going on with the show’s second episode.

Whilst speaking to host Rachael, Jeremy was asked a slew of questions from the audience – however he kicked it off by answering the question on everyone’s lips.

On the questions, Jeremy announced: “I know what one of them is going to be: When is there going to be a second episode of The Grand tour?”

Rachael responded: “There you go, start off by answering that one then.” Prompting Jeremy’s quick response, as he replied: “All right then, well you may have heard there’s this – well there’s a problem if I’m honest. 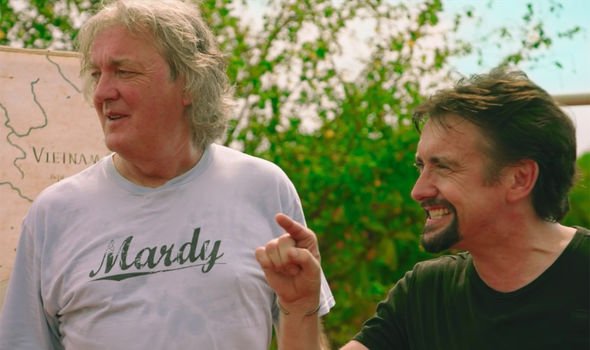 Going on to detail Andy’s coronavirus ordeal, he continued: “I’m not actually making this up – barely able to breathe – then he coughed his spleen out on a number of occasions. [He] was very very very poorly.”

Thankfully, Jeremy was also quick to announce the producer had recovered, and was doing well post-virus.

Jeremy added: “The good news is he’s better, but all the edit suites and the voiceover suites and all the places you use to make television programmes are shut.

“We are working on ways to get around that because we have filmed the programme, it is 94 percent edited.”

Later in the huge interview Jeremy explained once the show had been edited it would be up to Amazon to decide when it would be released.

He dropped the bombshell: “And then it’s up to Amazon. Obviously – it’ll be their baby – as to when they put it on the screens. So that’s where we’re at.”

As if that wasn’t bad enough for the diehard fans of the show, Jeremy also confessed the ongoing pandemic had halted filming for the third outing for The Grand Tour trio.

“The only real problem we had is we were supposed to have gone to Russia two weeks ago to film the next one,” he explained.

COMEDIAN YY: ‘I WILL NEVER BOW BEFORE A FAN’

Churchill Show comedian YY has declared that he will never bow before a “disrespectful” fan. Last week, the comedian ruffled feathers on social media as he called out trolls and cyberbullies. He cited the case of fellow comedian Mulamwah, who dramatically threatened to quit comedy over incessant trolling from the Kenyan online community. The only […]

Who are you to give us permission to attend BBI rallies? – Ruto scoffs at Raila

Deputy President William Ruto has scolded Opposition chief Raila Odinga and his allies for issuing conditions to those meaning to attend BBI meetings. Ruto sentiments came shortly after Raila addressed a presser on Thursday, January 23, stating he had no problem with those meaning to attend the meetings but cautioned them against fanning violence. Ruto […]

Willy Paul is back on his old ways. He recently “launched” a gadget of a lass, a sultry mzungu babe whose photo he shared as she rocked the hell out of a red dress. Willy Paul who is understood for his penchant togofor “exotic” lasses i.e mixed lasses, white lasses or Arabs and he has […]