Skip to content
The fear of May taxi drivers is being car hijacked but now it they have a new big threat that is facing them.
The female
clients who are mostly the twilight girls are demanding to have s*x with them in the cabsso that they can clear their bills. 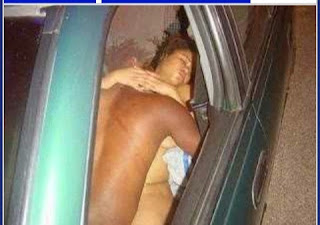 Crazy World talked with several taxi drivers here in Nairobiand this is what they had to say.We first met with Njoroge who is a taxi driver operator in upper hill.He saidthat “I picked a
female client from Westlands in the wee hours of the morning before the dawn break and I was to drive her to her home in Umoja.When we reached the gate it baffled him as the female lady started saying that
she has no money, but he got something to offer.I being a staunch Christian I did not accept the offer.What Ido usually do now is that the female customers have to pay first before driving them.We
really fear Female clients these days
READ more  Money Heist: Who plays Berlin in La Casa de Papel? Meet the star

Healthcare giant Johnson & Johnson will cease sale of its talc-based Johnson’s powder within the US and Canada. The firm is facing 20,000 lawsuits claiming that that the powder causes cancer. On Tuesday, however, the company denied the allegations noting that their decision to tug out of the 2 markets was solely hooked in to […]

Social media was abuzz Thursday night about what would appear to be an everyday photo of a two-tone dress. Everyone agrees that the photo is of a dress featuring two colors – but Facebook, Twitter and Tumblr have blown up – complete with hashtags – over the just what those two colors are. It all […]

Sauti Sol has just released the third single off their upcoming album, Midnight Train and therefore the track, Brighter Days. The track features a number of the members of the boy band playing roles we are unaccustomed to seeing them play with Savara on the drums. Sauti Sol has paired up with a South African […]