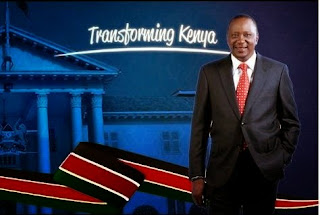 A few days ago President Uhuru Kenyatta set ablaze a three-meter high pile of elephant tusks and rhino horns as part of efforts to curb poaching of the mammals in the country.
The event, which took place at the Nairobi National park, saw over 15 tonnes of ivory burn down to ashes.
The President’s action, which also dealt a major blow to those linking the First family to poaching, has received lots of praises from different organizations across the world.
One such organization is National Geographic which took to social media to applaud the President’s approach in helping curb the poaching menace: 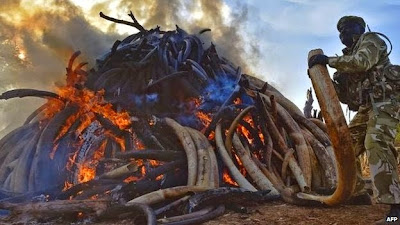 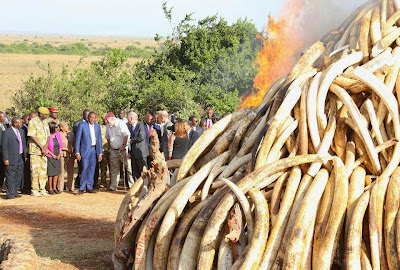 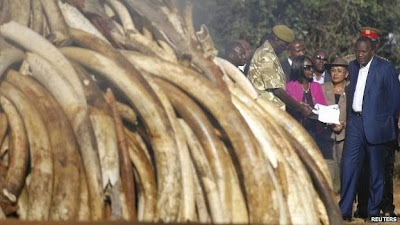 “We admire the President of Kenya, Uhuru Kenyatta’s approach in curbing elephant poaching” @natgeoafrica wrote on their twitter timeline:

Debate It was supposed to be the most anticipated live event in Kenya this year – the 2017 Presidential Debate. 2 of them were to be staged, with the first happening this coming Monday (July 10) at Catholic University of Eastern Africa. However, plans were thrown into disarray yesterday after both Jubilee and NASA announced […]

Waiganjo faces 2more behide bars 2/18/2015 9:04 AM Nyeri – Joshua Waiganjo will spend two and a half years in jail after a Nyeri court found him guilty of impersonating police officers and committing fraud. Waiganjo who was last year jailed for another two years for being in illegal possession of police uniforms was convicted […]

In the wake of murder and assassinations of key politicians in the country, Deputy President William Ruto is not leaving anything to chance as far as his security is concerned. On Friday, he instructed his security detail to put together a mock assassination attempt on his life to see how well they are prepared to […]