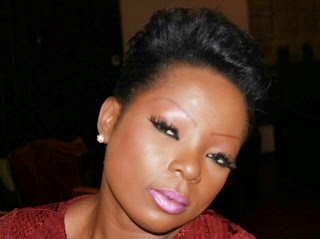 Up-coming singer, Laura Oyier has been on the lips of many people after it emerged that they had arrested her for failing to pay a hefty bill of Ksh 230,000  incurred during her stay at Inter-continental hotel on the Valentines Eve.

She has caused a social media buzz and become an interesting subject of discussion in various public places.
But Former radio queen Caroline Mutoko has come to Laura’s rescue. Of Laura oyier by settling her bills at the expensive hotel.
Apparently, Laura had gone for an interview at Radio Africa when Caroline Mutoko summoned her for small talk.
The talk generated to something useful after she settled her hefty bill.Laura oyier good voice. Eloquence, confidence and command of the Queen’s language.Also smote Caroline, confidence and command of the Queen’s language.
She has promised her a job at Radio Africa and soon, the singing beauty will hit the air-waves.
READ more  WhatsApp limits message forwarding to slow spread of Covid-19 misinformation

Due to the outbreak of novel coronavirus, many work-from-home employees have begun using video conferencing app Zoom. The Institution of Engineers of Kenya’s video conference took a really unexpected and twisted activate Thursday after it had been hacked with hardcore pornography. According to sources on the brink of nairobiwire KE, it’s reported that around 150 […]