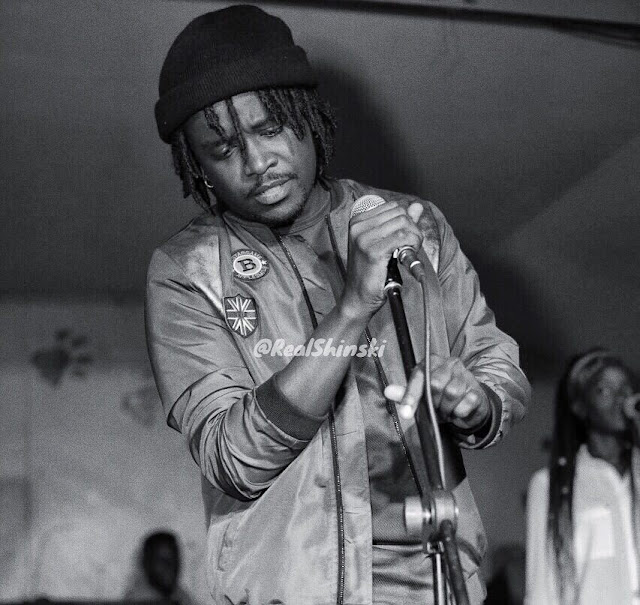 Nyashinski is a house hold name, wake me up
from a sweet dream and ask me who he is, i’ll
even tell you where he lived in USA.
He literally killed us last month by releasing two
hit songs “Malaika” and “Aminia” in a day which
was received with love across the world, he

even performed them at a memorial day to
Kenyans living in the States.
I’m not shocked that he still wants to go back in
studio to record or maybe he has recorded
another hit song and wants to surprise us yet
again.
The last three weeks has not been easy for
Kenyans due to scarcity of the precious
commodity, unga, we even saw a video that
went viral showing people fighting for unga in a
supermarket, the debate has been here and
Kenyans think solving the problem would be
through our legendary Nyash releasing a song
about it.
He took to his Facebook page and asked his
fans what we’d like the next song to be about;Ooooh boy, I can’t deal;
Check out what fans had in mind;
Eddy Vinci Jnr: Unauliza?,,,, UNGA UNGA UNGA
UNGA UNGA UNGA,,, UNGA UNGA #nyashinksi
umeskia?
Krank Idd: Drop about water and Unga man
Jahliz Inka Junior: ungaaaaa….. ndaniiiiii
Chadwick Deshadroz Chedyq: #Unga
Belinda Belbebz: Unga
David Ndolloh: Unga
Mato Matreezee: Unga 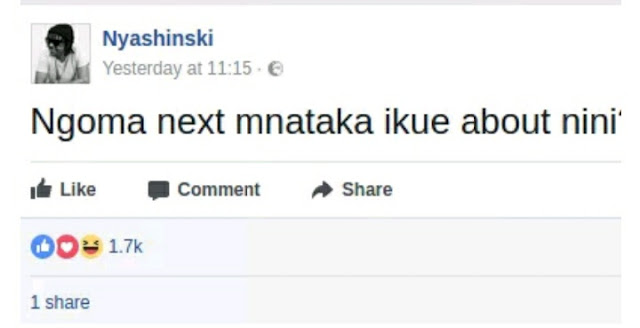 READ more  Viral Video:This the video that is making every kenyan laugh

Cord leader was this week pictured with a pair of shoes .For a normal person….. READ more  KENYAN BILLIONAIRE CHRIS KIRUBI EMBARASSED BY MO AT A SERENA HOTEL

When Pastor Kanyari seemed to be simply just transforming the visit take advantage of the solace they extended have missed right after owning statements regarding his scandals, Will certainly Paul features been released to be able to rudely break up the restful slumber. He / she seemed to be mocked regarding way too long which […]

Hard Times! See what a man was caught doing in a toilet at Holy Family Basilica Church.

A middle aged man was allegedly found stealing a pipe and a toilet sink from Holy Family Basilica church in Nairobi on Friday. Alex Keya was caught by a guard while pretending to be using the toilets. Appearing before Senior Principal Magistrate Elena Nderitu, Keya asked the court to pardon him, saying  he was only […]