to the terror group as wives and concubines.

The revelation comes after police arrested three female university students on Friday at Elwak town on the Kenya-Somali border as they attempted to sneak to Somalia. 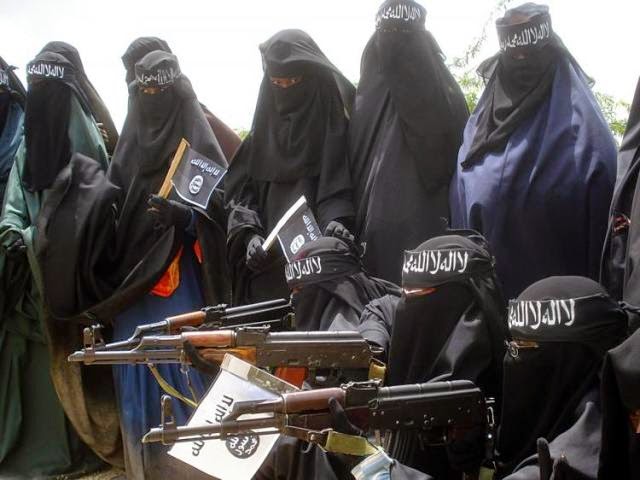 “They were to join the Al Shabaab group to become suicide bombers and jihadists, according to police,” said Marwa.
The three, Ummu-l-Khayr Sadir Abdulla, 19, Maryam Said Aboud, 20, and Khadija Abubakar Abdulkadir, will be arraigned in court today.
Marwa said the three were lured to join Al Shabaab through social media and added the police were pursuing the financiers who are targeting mainly students.
But according to the Ministry of Interior & Coordination of National Government, the young girls were lured by recruiters to be concubines or “what is commonly known as Jihadi Brides.”
The Ministry’s spokesman, Mwenda Njoka, said this is not the first-time young girls have volunteered, agreed or been lured to join terrorist organisations as JihadiBrides.
“Three years ago several young girls from Marsabit County disappeared from one of the local high schools and it was later discovered some had managed to sneak out of the country and into Somalia to become JihadBrides,” said Njoka in a statement.
READ more  Harmonize Shares Exciting News After Releasing Successful Album

Sports Dispute Tribunal has stopped cancellation of the 2019-20 season pending hearing of a case brought before it by Chemelil Sugar FC and Kenyan Premier League (KPL). Football Kenya Federation (FKF) ended the season over the Coronavirus pandemic and declared Gor Mahia Kenyan Premier League champions. In doing in this they cited a rule which […]

The Directorate of Criminal Investigations is holding a youthful Congolese national suspected of killing his middle-aged girlfriend who succumbed to injuries at her house after allegedly being assaulted by the suspect. Mwanza Ukadidi Didier alias Cobe, a former Koffi Olomide’s backup singer is detained at the Embakasi police headquarters on suspicion of killing 44-year-old Catherine […]

Airtel’s new package ‘UnlimiNET’ has been trending on Twitter for the whole week, perhaps proof of just how popular it is. Kenya’s second largest mobile service provider came up with the package to counter Safaricom’s dominance. It is modelled like Safaricom’s postpaid bundles, but a lot cheaper. tel The honeymoon period for Airtel may very […]