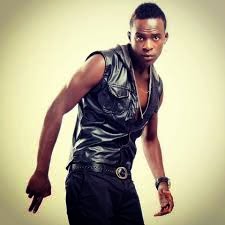 Looks like gospel singer, Willy Paul, has of late developed a habit in copy pasting songs
from other artistes, and so we are left to wonder…if he is actually running out of ideas

Willy paul’s new song Vigelegele has been receiving massive airplaysince it was released. The hype behind it is the main reason I took time to listen to it. But the moment the beat hit my ears all I could think was Burna Boy’sCheck and Balance. I am not saying that he copy pasted the entire beat, but I that this song lacks originality.
The whole video concept was slightly altered but I like the swag and the dancers. The mixed shots added flavor to the video as it was shot on one location. But basically their is still lack of creativity.
In what is emerging as a trend with the gospel entertainers, the artistes are recording songs to entertain the massive and not promote God. So have they lost they lost their focus?
READ more  NAIROBI TAXI DRIVERS ARE BEING PAID BY"POKOS"

Your favorite socialite is growing things. The other day, she seemed to have grown some b@@bs from her bee stings to something you can actually feel. She has now added a new baby to her gorgeous body; she has actually grown hips. The above photo shows that herhips are now bigger than they have been. Click […]

Lilian Muli is amongst the nearly all adorned TELLY presenters throughout Kenya. By the girl times on Normal Team as being a information speaker along with KTN for you to the girl. lilian muli new lover is no longer a secret.         recent stop, Citizen TELLY, mom of merely one possesses […]